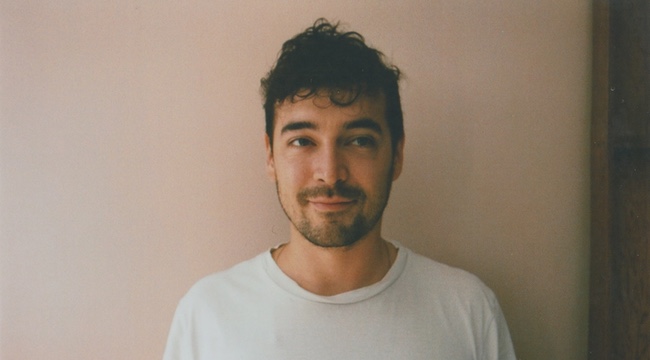 Alejandro is an expert in the field of internet developments and science communication. He works at Saulx (a startup/digital agency) on the future of the internet.

Communication and commerce on the internet seem to be taking place via the major platforms only. You can’t get around platforms like Facebook, Amazon and Uber and they seem to be getting more powerful despite the resistance. Saulx is working on a new scalable infrastructure where new players get a chance: a real-time platform for interactive platforms. The goal is to bring the kind of scalable infrastructure that the big tech companies like Uber and Amazon run on within reach for everyone.

Before saving the internet, he was publisher and editor-in-chief of TNW (The Next Web). And before that, he started the Dutch branch of Motherboard in 2013, the science and tech vertical of youth medium VICE.

With his background in media and tech, with a focus on the future, Alejandro has a fresh look at where the internet is going for everyone – apart from the hype and buzzwords like Web3, blockchain and horror stories about AI.

He is an experienced moderator and interviewer, who performed at major (tech) events. He has also produced and presented videos and podcasts.

Some of Alejandro’s presentations:

Why the internet is broken and how we can fix it

As public opinion and government regulation (rightly) begin to limit the power that the big tech companies wield over our data, a new paradigm could emerge — one that could return power to Internet users.

Looking at the past decade in media and technology, Alejandro covers the rise and future of ‘big tech’ and its effect on society, plus a look at a hopeful future. One that actually looks a lot like the past; what if every individual and every organization was given the opportunity to run a platform themselves? A platform with its own rules, its own revenue models and better handling of (personal) data. Everything seems to indicate that this is the future the internet is heading for.

What if your brain is directly connected to the internet?

Alejandro’s bachelor’s thesis was about BCIs; Brain Computer Interfaces. In other words, how you can directly link a brain to a computer.

In this story, he covers both the history of BCIs and the cutting edge. Scientists are getting better at translating thoughts, for example to control a robot arm, but also to literally read minds(https://www.newyorker.com/magazine/2021/12/06/the-science-of-mind-reading)

So how far are we from a world where you can look up information (or even download it directly) with your brain? What ethical, moral, and privacy issues does that raise? And should we even want this?