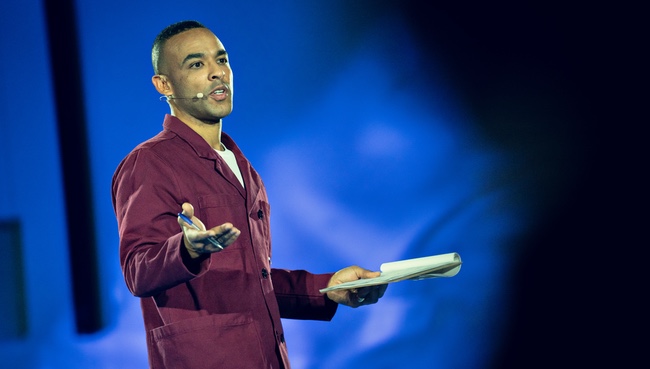 Ikenna Azuike started his career as a lawyer, but is now a sought-after journalist, presenter, speaker and filmmaker. Ikenna was born in Lagos, Nigeria, grew up in the UK, studied law in the UK and France and has been living in The Netherlands with his family since 2004.

After working as a lawyer with Shearman & Sterling in London, Singapore and New York, and with Clifford Chance LLP in Amsterdam, he decided to change course and follow his passions for broadcasting and social activism. Together with his wife, Mette te Velde, he co-founded the Strawberry Earth Foundation to fast forward our transition towards a sustainable planet and he created the satirical news show What’s Up Africa. His show was subsequently commissioned by the BBC, aired on BBC World News television for 6 seasons, was shortlisted for an Association of International Broadcasters Award, and amassed over half a million followers on social media.

Since 2017 Ikenna has worked on a variety of longer form journalistic projects through his own production company Jollof Rice Productions B.V. For example, he made the 6-part travel series ‘Planeet Nigeria’ (Planet Nigeria) for BNNVARA; the documentary ‘De Post-Racistische Planeet’ (The Post-Racist Planet) for VPRO Tegenlicht and he is currently developing a comedy drama with Kaap Holland. In addition to his work as a journalist, Ikenna is also the chairman of The Correspondent Foundation, a foundation launched by the Dutch journalism platform De Correspondent. 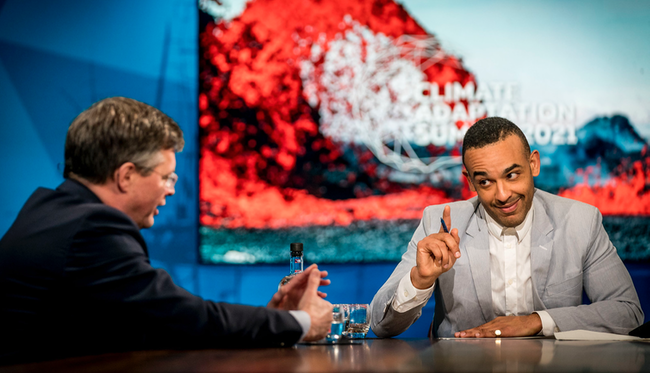 Ikenna is regularly invited to host national and international events where he interviews professionally and enthusiastically with his trademark disarming charm and sense of humour. Whether he is talking to politicians and executives or activists and students, and whether the subject matter is humanitarian rights, sustainability, international finance, digital life, or contemporary art, Ikenna is at ease, seeing every conversation as an opportunity to learn something new.

Ikenna did a great job as the moderator for our FWF Annual Conference. He managed to stay true to his fun tone of voice without disregarding the serious topics that outlined the day. This came across with audience: many people shared their enthusiasm about Ikenna and wanted to know where to book him. And very important is that not only his performance is good, he’s also a nice person to work with!– Lisa Hardon, Fair Wear Foundation