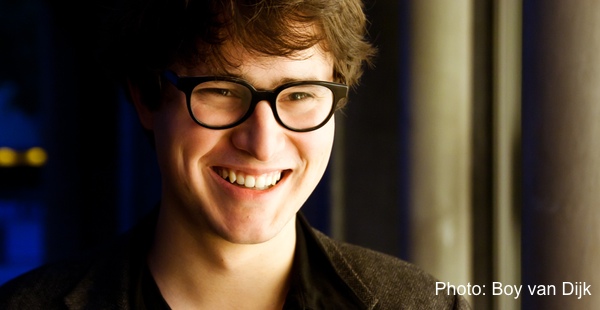 Justus Bruns (1987, Wilrijk, Belgium) is designer and artist based in Amsterdam and New York. Bruns studied Industrial Design Engineering at the Technical University in Delft, The Netherlands.

Justus uses his creativity to help companies as Philips, Google and eBay with their products and services. Besides design he is known for his artprojects of which the most famous one is the Times Square Art Square Foundation. Through this foundation he is committed to replacing the Times Square advertisements in New York by art once a year.

Justus has combined all of his businesses and projects in one organisation: VOUW. VOUW has two divisions: projects and design. Both divisions use the same methodology: convert creativity in something tangible. Examples are: light installations in Kuala Lumpur and Amsterdam (Light Festival) and complicans tools for ArcelotMittal.

Justus has a clear vision on how the world is changing because of technology and what this means for us. Not in a negative way, on the contrary; he sees opportunities. As a speaker he uses contagious enthusiasm and a bit of idealism to show organisations how they can use creativity to actually make something.

Justus has talked about the future of public art at the ‘Communicating the Museum Conference’ in the Metropolitan Museum in New York. He talked at the Veerstichting and educated Entrepreneurship at the HvA. He was featured in the Huffington Post, El Mundo, Good, NOS, Folha de Sao Paolo, the Village Voice, PSFK and many more. 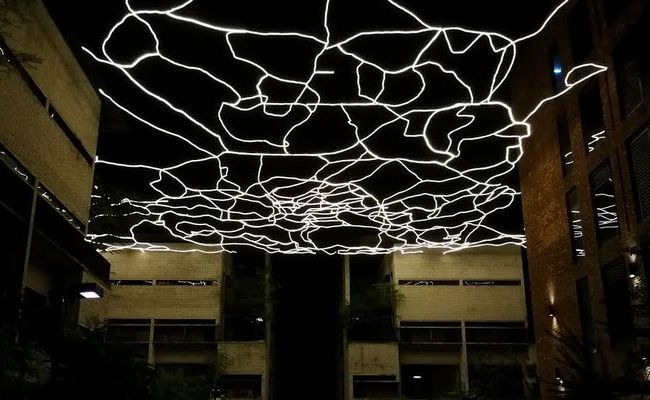 See below for an example keynote:

Keynote: From creativity to product
Justus speaks about his artproject City Gazing: a light installation that exposed worldwide light pollution. Together with his team, Justus traveled to Kuala Lumpur to build a enormous light installation within six weeks time. The success of this installation lead to participation in the Amsterdam Light Festival 2017/2018. The story of Justus is inspiring and shows how a project can be realised in a short time frame at an unknown (international) place. How do you cope with cultural differences? How do you cope with setbacks under time pressure. How do you use your creativity to overcome obstacles? And what do you do when something goes wrong? The answers to these questions are applicable to all sorts of sectors besides the artsector and will be interesting to all kinds of audiences.

Justus Bruns at the Veerstichting: