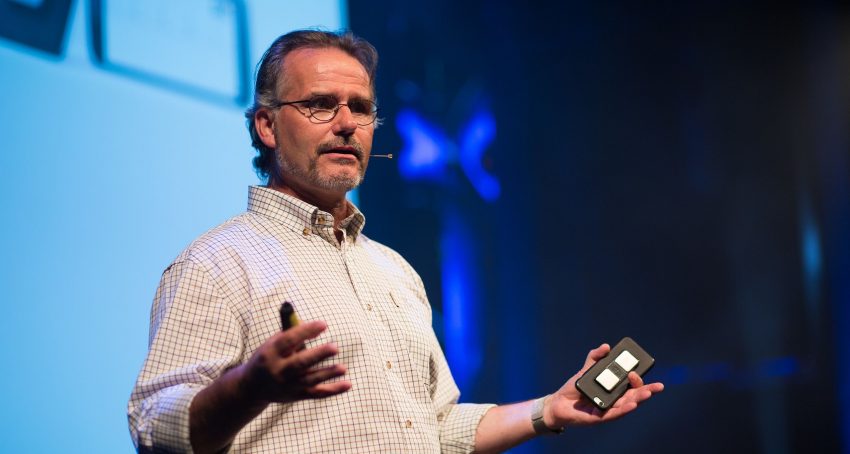 Lucien Engelen is CEO of Transform.Health and Fellow at the Deloitte Center for the Edge, where he works as the Global Strategist Health(care). He is a Faculty member of Singularity University Exponential Medicine and author of the book Augmented Health(care), the end of the beginning.

Lucien works at the intersection of innovation and strategy and advises boards, governments, companies and professionals. His advice focuses on how to initiate change.

As the former founder and director of the REshape Center at the Radboud University Medical Center and advisor to the Board of Directors (2007-2018), Lucien has extensive healthcare experience. Thanks to his practical approach, he was able to identify and implement necessary changes in a sector that, of course, is bound by many rules. Before that, Lucien had a career in acute care. Over the past three decades, it has brought him to the forefront of healthcare innovation in the Netherlands and beyond.

With more than 800,000 followers on LinkedIn, Lucien Engelen is one of the 100 official LinkedIn influencers.

His presentations are about: creating a sustainable culture for innovation, change management, the future of healthcare, the future of work, digitization, technology, health and healthcare.

Some of his lectures:

Lucien Engelen goes into depth on the topics from his latest book: Augmented Health (care) ™; ‘The end of the beginning’. Why is the current healthcare system at the end of its lifecycle? What are the opportunities, and what should we be aware of?

When pursuing change and innovation within the organization, it is often better to implement a change program aimed at a permanent change in (business)culture than to roll out an innovation strategy. Lucien explains why this is the case and how it works.

How to create sustainable innovation

Projects, programs, lean, agile. These are all great tools. But what tools are actually successful if you want to create sustainable change? And what are the pitfalls?

From healthcare to health: what your role could be in the future of healthcare

With the aging population, increasing burnout complaints of healthcare workers, a shortage of skilled personnel, and rising costs, healthcare is heading for an implosion. This development has already started before the Corona pandemic and has only intensified since then. Healthcare is cracking at the seams, and the consequences of the Corona crisis are now affecting the entire economy. Lucien sees the solution in health. In this lecture, he explains how other organizations and companies can take a role in this significant challenge and why he sees the answer in a cross-industry approach.