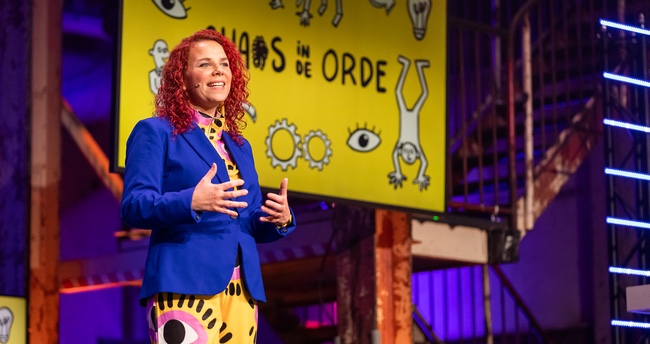 Rachel Levi is an expert in converting organisations into progressive workspaces. In 2020, she was acclaimed upcoming podcast talent by the media. In her popular podcast Chaos in de Orde, she investigates the mysterious disappearance of humanity and creativity in our adult, working life as an investigative journalist. There is no real perpatrator. There are a lot of victims though. Because every day thousands of people work in an office environment (or from behind a screen), in which they seem to lose their creativity and initiative. There is always a reason not to think outside the box. To leave everything as it was.

‘That’s the way we alway do it’, ‘that’s not possible in this case’, ‘we have already tried that’, ‘there is no budget for that…’

For years now, thinking creatively and the possibility to innovate has been thought of as the most important 21 century skills. Yet, in practice, there is not much attention for it. The bigger the organisation, the harder it is to renew and innovate. Old rigid structures and systems seem to be in the way. 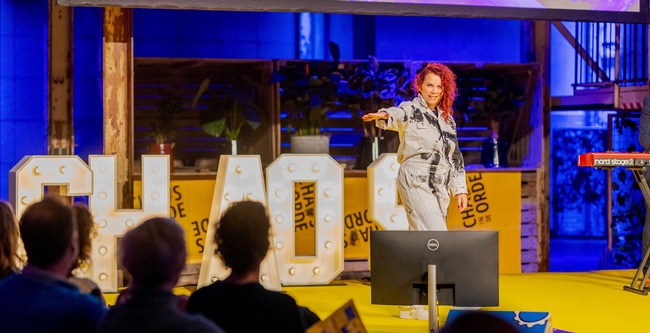 Rachel shows you step by step, how to turn your organisation into a progressive organisation. An organisation that is prepared for the fast changing world around us. To shake up things and to inspire people to work in a different manner, she shares the secrets behind a creative organisation culture. Not abstractly, or from vague hope. But through concrete insights and immediately actionable tips. 100% value.

The lectures of Rachel are interactive, serious ánd playful. Not death by Powerpoint. At most, she makes a few drawings to explain her material better.

Rachel could have been heard, amongst others, on BNR Nieuwsradio with interviews about Intrapreneurschap and in Vergaderen 3.0.