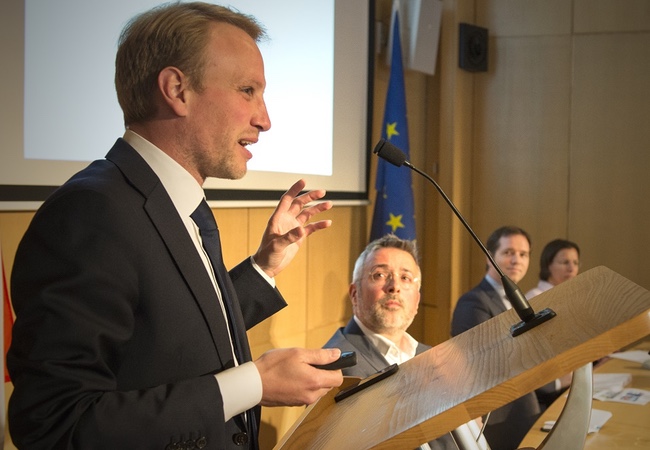 Ruurd Oosterwoud (1989) is the founder and director of DROG, an organisation that develops innovative ways to combat fake news and disinformation. His approach to the problem is somewhat unconventional: he runs troll factories based on child labor and designed a disinformation campaign to destroy the European parliamentary elections 🙂

It may sound absurd, but by placing people in the position of the bad guy, DROG has found an effective vaccine against online manipulation. Research at Cambridge University is showing that their game getbadnews.com, in which players are challenged to develop and spread fake news, significantly increases player’s resilience against manipulative tactics.

Ruurd has an MA in Russian and Eurasian Studies. He was the first student to specialise in Russian disinformation at Leiden University (2015). He has provided policy recommendations for a.o. the Dutch Ministry of Foreign Affairs, the British House of Commons and the European Commission.

Workshop Fake News
During this workshop, Ruurd shows how anyone can be mislead online, using real life examples. He explains what disinformation means, and how it is used on a much larger scale than generally believed.

In an interactive setting, you will develop the best fake news yourself, while trying to reach out to as much people as possible.